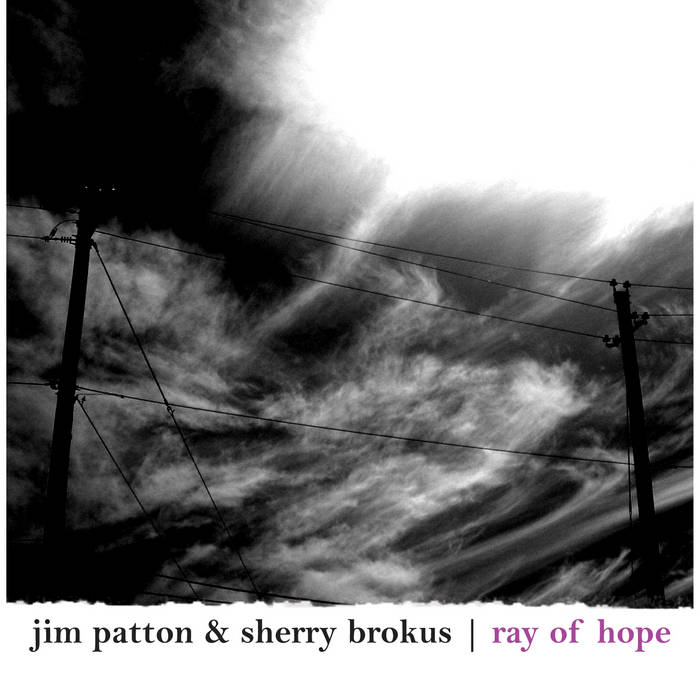 “Ray of Hope is a collection of 11 great songs that are provocative, wistful and heartfelt and funny in that Jim Patton way of making you feel like you're sitting at the bar and having a beer together. "Finally Let You Go" and "Thornton Ave" just blow me away.” -Michael Fracasso

Ray of Hope’s eleven songs dive deep into characters whose lives haven’t worked out as planned. Backed by a wall of solid harmonies woven throughout with fiddle, mandolin, and acoustic guitar, Jim Patton and Sherry Brokus passionately play their original music in the Byrds/Band style of acoustic folk rock.

In Patton’s recent songs, a man keeps getting back up after being knocked down; a woman loses everything she cares about; a couple celebrates thirty years of marriage; a man discovers alternate definitions of success; a father tells his child not to make the same mistakes he did; people fall in love; relationships end; relationships endure.

Patton cites 20th century American fiction (“from Fitzgerald and Hemingway and Faulkner to Kerouac and Salinger and Raymond Chandler”) and the various lives of the friends he grew up with in Maryland (“I knew doctors and lawyers and waitresses and teachers and water rats and gravediggers and the guy who drove the truck that emptied the port-o-pots all over the state”) as the main source of his lyrical inspiration.

Patton and Brokus have sung together for over twenty five years, and confess to listening to a lot of “Richard & Linda Thompson, the Byrds, the Airplane, the Everly Brothers, and Emmylou Harris singing with Bob Dylan” when they started, before they took off in a direction “that’s pretty much our own”.

Jim & Sherry would like to thank everyone who played on the record, played in the band, recorded us, promoted us, gave us airplay, loaned us money, came to the shows, listened to the songs, bought our records, put us up for the night, or otherwise helped us on our way. You are too numerous to mention individually, too important not to mention at all.